Time to Meet the Masters - DANISH 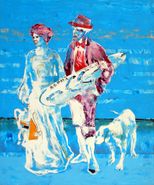 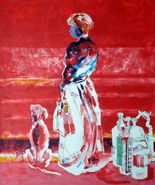 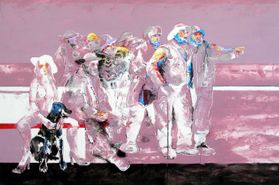 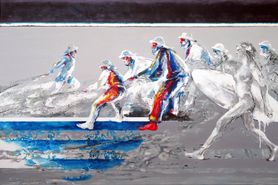 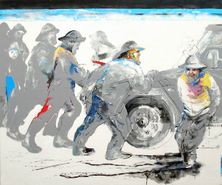 Time to M.P.Ancher -The working fishermen on Skagen Beach 100x120 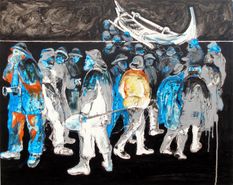 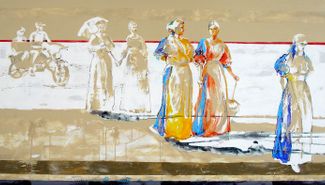 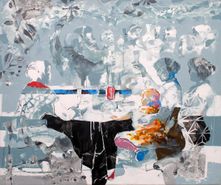 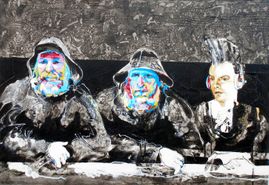 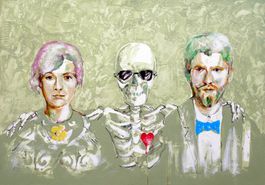 The Polish-born acclaimed artist Janusz Tyrpak, has no fear of contact when he takes artistically grapple with the big Skagen Painters. He is standing with one foot in two seas, with a special foresight and a lovingly retrospect at what once was. He has a non-verbal communication, showing presence and sincere interest in the great contemporary masters. In his Skagen interpretations, he creates a modern space for emotions without disturbing the idyll, the intimacy and the familiar sound of the old motifs. A new understanding is brought into the story and the motives we already know. Janusz Tyrpak let us with a confident stroke and great conviction, rediscover the painting and he is a master at adding its own independent voice in several action plans. He sets the tone -on- tone and presents a fantastic during voice to the original history. The viewer can look backward and forward at the same time and find significant similarities and differences.

Janusz Tyrpak is not trying to belittle the great masters. He knows who and what he is up against. He knows his abilities and limitation. He is aware of the work of art that has already been created, and use it as a springboard for a new work in which he shows great respect for the original creators.

I believe that had the famous Skagen painters P.S. Krøyer, Michael Ancher and their wives, lived among us today and had seen Tyrpaks interpretations of their works , they would with interest seen it and had started a dialogue with Janusz Tyrpak, in an attempt to understand his motives and contemporary elements. They wouldn´t have seen it as an insult, but as a fresh vision of the future. They would have been amused by the humorous and rebellious expression, which is the different from the normal work of understanding.

For Janusz Tyrpak art is a life companion and it´s an artistic necessity for him to make paraphrases works of old Masters. There is no rational explanation, but rather a feeling in him where the will, desire and thought merge and create a single image. He is assigned to pursue the feeling and try to get in touch with past works, and the man behind the work. It´s the weird fragments of life and human history that concerns him - a desire to get close and to build a bridge between past and present, and a need to repeat the story told in a whole new way. Janusz Tyrpak is able to enrich existing work and to add an element of surprise, when known motifs deployed in unfamiliar environment and assume a different approach entirety.

Janusz Tyrpak has with his interpretations invited himself to the “artist celebration at Skagen” and here he can sit with dignity. With its imagery, its technical performance and innovation Janusz Tyrpak is among the elite of Danish contemporary artists. He touches us fondly on traditions and gives us another interesting conception of history. I have great respect for his talent and his way of thinking.