In Janusz Tyrpaks images humans and life in it self plays an all-important role. Often depicted in bright colors with a sparkling imagination. Each image retains its individual intimacy - and allows free interpretation. You can see at Tyrpaks figure paintings that he can draw, and that he mastered to create equality in his works. He is schooled in a modernist language with couplings back to Cubism and Futurism. And compared to Danish conditions his paintings seem more " colorful " and gaudy. He mastered the art of suggestion. His works are carried out in a safe line and are fertile.

His images can be explored on a diplomatic distance or you can intrude close and use his imagination lucidity. Tyrpaks images can be seen as abstract or, if you like, very figurative.

Tyrpak are serious, but do not spell an artist with a great K. The advantages of standing outside the Danish traditions, and to some extent also outside fixed artist traditions, is that he gives himself free. Thereby he is able to move in a space we don’t know so much about in Denmark. Not because Tyrpak is very Polish in its expression, but it is not to hide for anyone who has even a little knowledge of Eastern European art, that there is a language or let's call it a tone - among the country artists. This tone is about people and their living conditions, so sharp that we can’t avoid it. And especially not when you were born and raised into it.

Tyrpaks images is a part of it, without them being screwed into a certain tradition. They are violent, overwhelming and sometimes humorous. He's out at the edges of the life spectrum, and you do not always know what comes next. 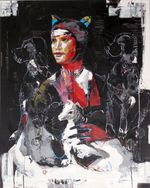 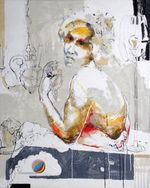 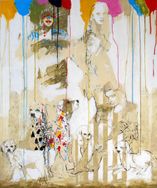 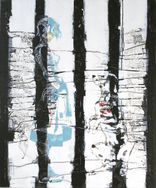 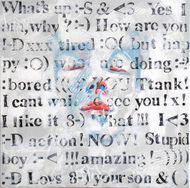 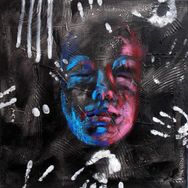 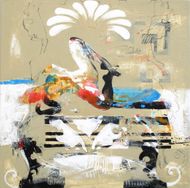 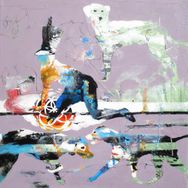 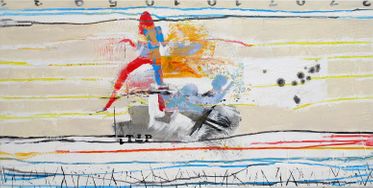 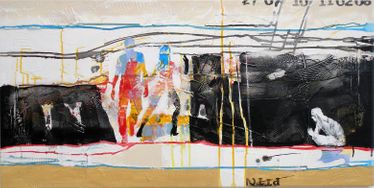